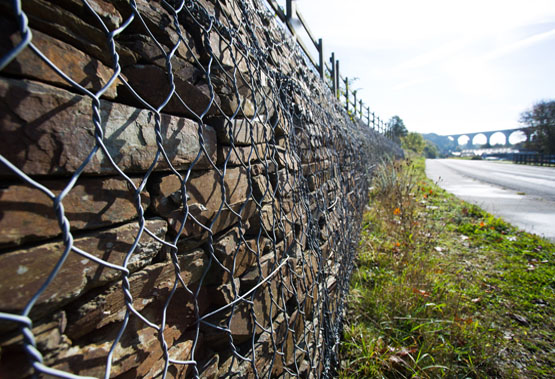 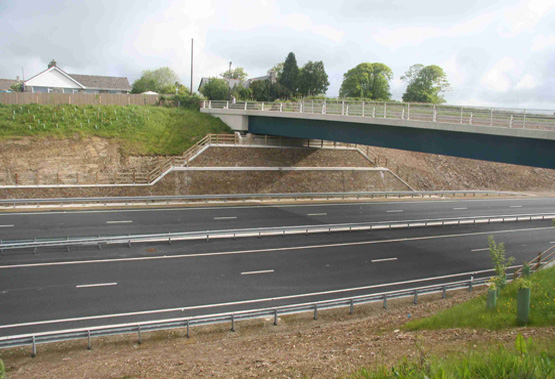 The by-pass made use of: Lantoom's class A hardcore, medium walling stone, small walling stone and large hedging stone (Cornish hedging stone). Lantoom Quarry supplied the products mentioned above to this multi-million pound road scheme to by-pass the village of Dobwalls. The scheme formed part of the A38 Trunk Road under the control of the Highways Agency. 40,000 Cubic Metres of Class A Hardcore provided by Lantoom Quarry was used for earthworks to form the road foundations. Medium walling stone was used for wall construction at Looe Mills and was also used to face Havett Bridge, to the North of Dobwalls (as seen in the picture on the left).